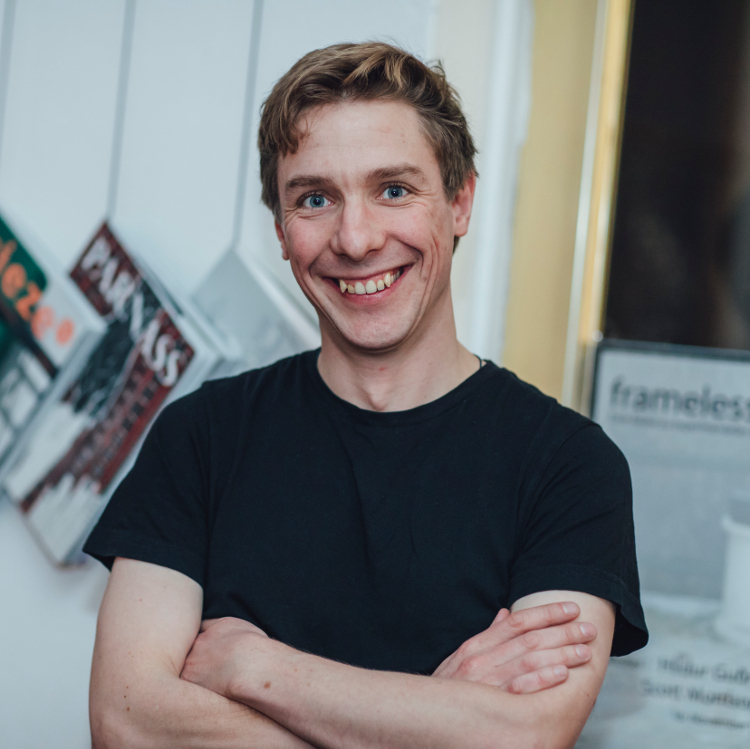 Tom is a director and theatremaker and Artistic Director of Upstart Theatre.

On stage, his work as director for Upstart includes Beneath the City, Republic, Phone Home, Silent Planet (“remarkable” 4 STARS The Guardian), The Situation Room (4 STARS“Immersive theatre at its very best... highly original” WhatsOnStage) and The Falling Sickness. He launched a balloon into space as part of the Andover Space Programme, and co-created The Chorus podcast with citizen artists in Birmingham and sound artist Duncan Grimley.

As a digital artist, he created the viral immigration game BritQuest which was played by over 70,000 people in its launch week, and is currently working on a digital political thriller, Red Planet: Revolution. He co- founded Upstart Theatre’s DARE Festival, for which he has been artistic lead since 2016.

As a producer, his work for Upstart includes Marco, The Last Ones, The Identity Project, and The Maddening Rain.