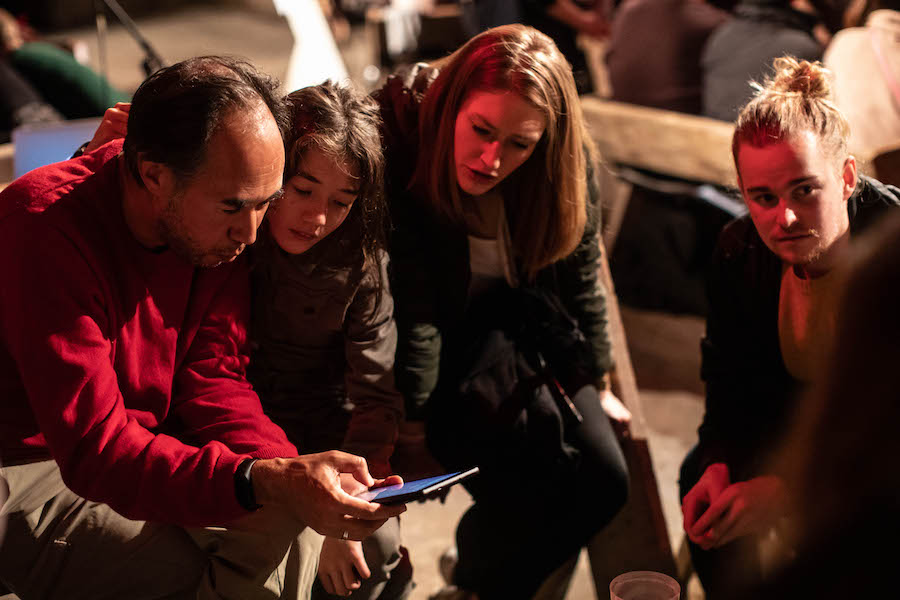 Upstart Theatre are delighted to welcome Ezra Joy as Production Assistant and Nash Metaxas as Marketing & Communications Assistant to the team.

Joining as part of the UK government’s Kickstart scheme, Ezra and Nash will be great assets to the company and foster more opportunities for the development of exciting and fresh Playable Theatre.

Ezra’s background in theatre began at the age of thirteen and they are a familiar face to Upstart through being a former member of Company Three and a former DARE Festival artist. Their work also extends to the world of Drag and Cabaret, as well as being a part of the National Theatre’s young people’s Writing for Theatre course and Theatre Queers.

Regarding their arrival at the company Ezra commented: “I am super excited to be joining the Upstart Theatre team and to have the opportunity to work with a company at the forefront of Playable Theatre. I hope to gain a whole bunch of skills from the role. I can't wait to get started on all the exciting projects we have planned and to meet our players and makers. Thank you for having me on board!"

Having entered the world of theatre at the age of ten after emigrating to the UK from Greece, Nash is keen to work with Upstart on the outreach and development of new ideas. Initially with a background in Musical Theatre, Nash has been in front and behind the scenes, involved in productions from Shakespeare to The Normal Heart to original youth work at university.

Upon joining he remarked: “Working for Upstart will be an exciting and eye opening opportunity for me to get involved in the world of performing arts and theatre. Upstart’s vision for the theatre and performing arts strongly aligns with my values and what I seek from this sector in the context of the modern world. I can’t wait to contribute to the team to create meaningful, engaging, and thrilling work!”

Artistic Director Tom Mansfield commented: "I'm really excited to welcome Ezra and Nash to the team as we head into this next set of Upstart adventures! We're already starting to plan new ways of helping people reimagine the world through playable theatre, and I know our new team members will make a huge contribution over the coming months."

Welcome Ezra and Nash to the Upstart family!