The Chorus Project Podcast documents the making process of The Chorus Project, an international collaboration between Upstart Theatre in the UK, Pathos München in Germany, Theater am Lend in Austria, and the MKC Youth Cultural Centre in the Republic of Northern Macedonia. Each theatre company has created a new theatre production inspired by the ancient Greek tragedy, The Oresteia.

The Oresteia – the only trilogy of ancient Greek theatre that survives today – unfolds a founding myth of ancient democratic Athens, bringing together its historical guilt and its hopes for the future. In 2018, forces that once seemed to have been overcome by democracy and international collaboration – nationalism, discrimination, corruption – have returned like the Furies, jeopardising law, peace and democracy throughout Europe. The Chorus Project asks if democracy can save us from falling once again into the historic cycles of violence and misunderstanding that plagued Europe throughout its history; and if not, what will?

Each company has worked with professional and non-professional theatre makers to create a new piece of theatre inspired by one of the three plays of  The Oresteia. In January 2020 Upstart presented Beneath the City at the Birmingham REP. Beneath the City reimagined the third play in the trilogy, The Eumenides and followed the story of Shey, a woman on a quest for justice after her brother dies in custody.

EPISODE ONE
Can Theatre Save Democracy?

EPISODE TWO
How to Swallow a Frog

In episode two of the Chorus Project podcast, Tom talks with Macedonian theatre-makers Kristina Bozurska and Jasmina Vasileva about why coming to London is like meeting your teenage boyfriend for the first time, how democracy feels like something that happens somewhere else, and how hope for change comes from the next generation.

EPISODE THREE
How to Stage a Missing Play

In episode three of the theatre and democracy podcast, theatre directors Tom Mansfield (UK) and Christian Winkler (Austria), AKA Franz von Strolchen, talk about how taking part in democracy can be part of our cultural identity, reviving the Oresteia’s Satyr Play as an act of reconstructing a non-existent memory, and their shared love of the Choose Your Own Adventure books.

EPISODE FOUR
How to make Birmingham a fairer city

EPISODE FIVE
Is Culture Bad for You?

In this episode, recorded live at DARE Festival 2019, Tom talks to Dr David O'Brien about Panic! It's an Arts Emergency, a ground-breaking study into inequality and taste in the arts in the UK.

Read Panic: It's an Arts Emergency. Find out more about Dave's co-authored book Culture Is Bad For You. Follow Dave O'Brien on Twitter. 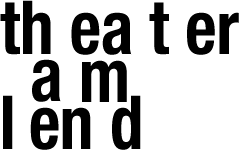 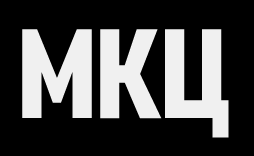